Why Is Social Media Marketing So Important?

Share on TwitterShare on FacebookShare on PinterestShare on LinkedIn

You should post more than you think you should because the vast majority of your followers don’t see what you post.

And don’t forget the algorithms. Social media sites, like Facebook, are only going to show your posts to a very small percentage of your fans, unless you’re paying to boost your post.

A good rule of thumb is to promote your blog post 10 times in the first week after it’s published. That may sound like a lot, but it’s not. That’s 10 times total on all the social media sites combined.

Watch “Why Is Social Media Marketing So Important?” Video

If you have Pinterest, you could pin your post to two of your boards, and that would count as promoting it twice on Pinterest. Combined with the 3 times on Facebook, and you’ve already promoted it 5 times. You’re half way there.

This is just an example. If you don’t like one of those social networks, you can adjust this to fit your business.

The truth is, no one can tell you the magic secret of which social media sites to post on. The answer depends on your target market and where they hang out.

You have to experiment and you have to watch Google Analytics to see which social media sites are bringing you traffic. Post regularly for 90 days and keep an eye on your stats and see what’s happening.

Where is your traffic coming from? Once you see which sites are bringing you traffic, you’ll know those are the social media sites to spend your time on.

Why is social media marketing so important? Because it gives more exposure to your posts. 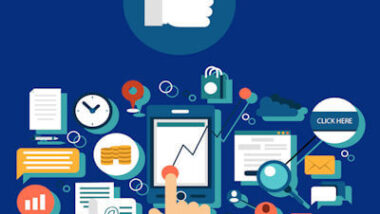